Events
Schedule
Watch
Tips
Store
About
Past Events
Contact US

Scrum Con would like to recognize the passing of area gamer and friend to many of us in the broader gaming community, BrianSloan. We’ve asked his brother Keith to share this in memoriam. 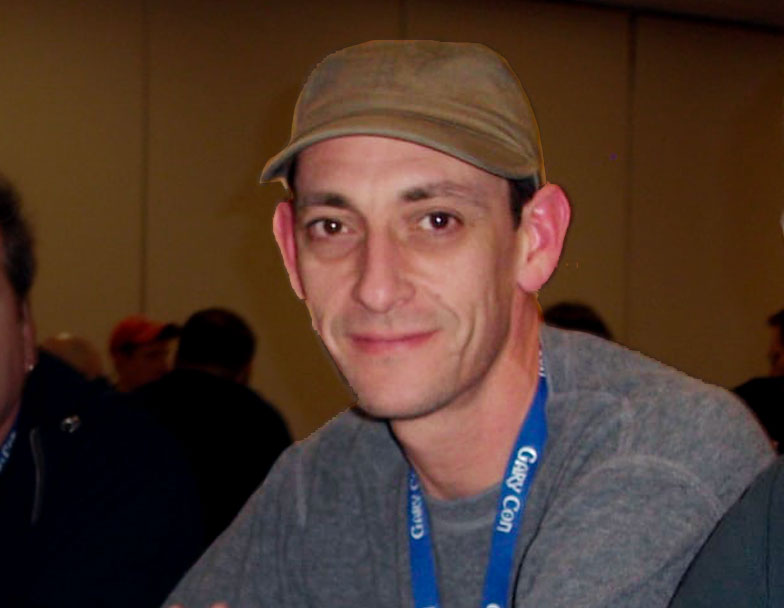 Like myself, my brother Brian Sloan was a lifelong gamer. Our family got us started quite young on all sorts of the usual kids games, plus a slew of homemade games courtesy of our grandfather. My dad piled on, giving us each an Avalon Hill wargame around the age of 11 or so (Tactics II for me, War at Sea for Brian). In 1980, Brian asked for some hot new game for Christmas I'd never even heard of, Dungeons & Dragons.  The rest, as they say, was history. Although he quickly handed the game off to me to become our first Dungeon Master, he was hooked and would continue to play D&D throughout his entire life. I would go so far to say it remained one of his true passions, and he never tired of playing it. His characters tended to the hulking, brutish, aggressive sorts, and it was only when he grew older that he began to be a little less suicidally aggressive! 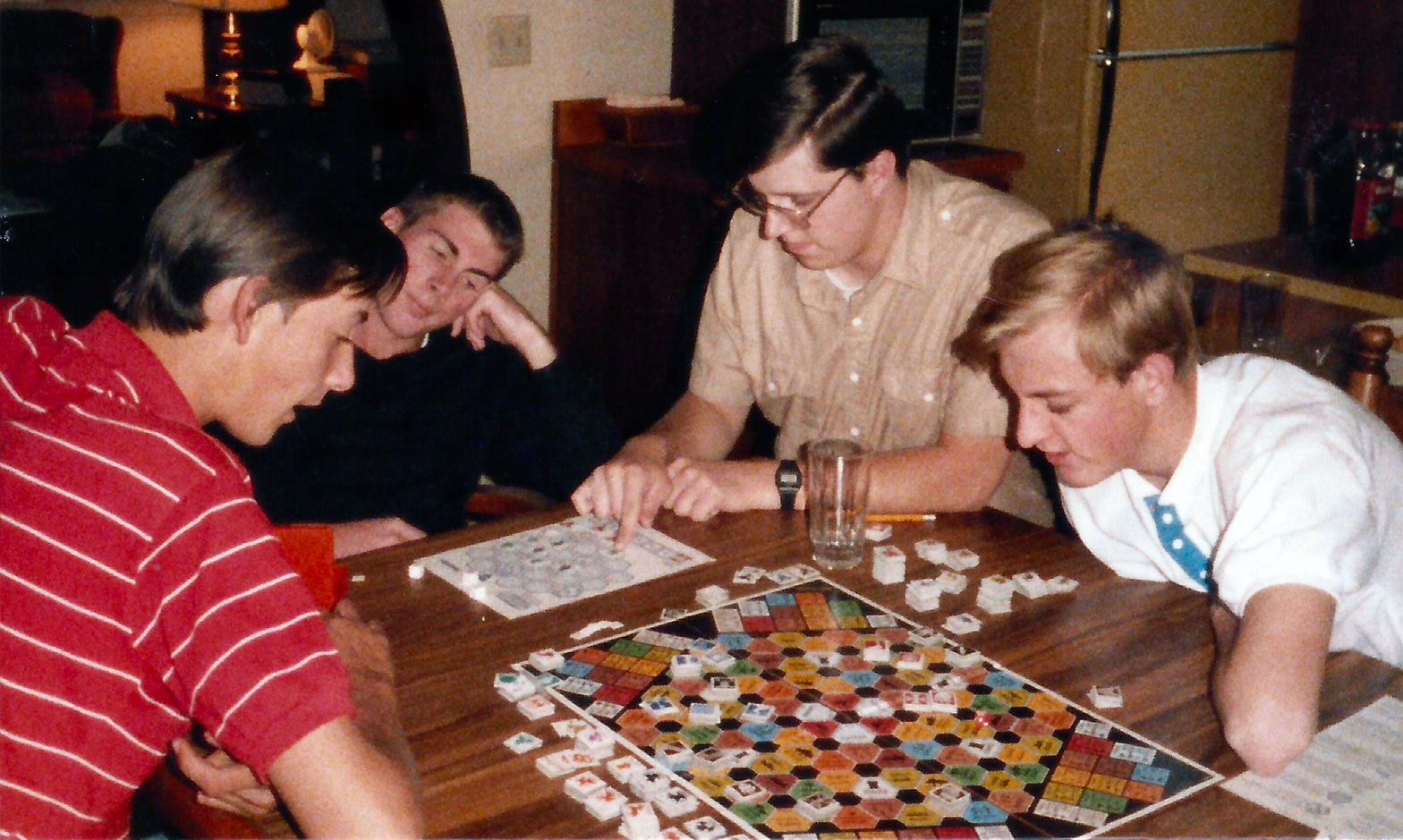 Adulthood made getting together to game tough at times, though we still managed to always play plenty at family gatherings. Happily, technology finally caught up with our needs, allowing us and other friends old and new to return to a regular D&D campaign in 2009, which continues to this day. Almost weekly games led to wanting even more in-face gaming, and the surge in old school-focused cons like Garycon, North Texas RPGCon, and Scrumcon opened up yet even more gaming opportunities. Brian even
branched out into miniature wargaming, sucked in by a series of yearly, incomparable Lord of the Rings games of Chainmail at Garycon. I don't think they ever displaced D&D as Brian's number one game, but they sure supplemented it. His most memorable victory in Chainmail? In a Silmarillion-based, First Age game he played the great wolf Carcharoth and managed to not only defeat the forces of good, he also snatched victory from the Dark Lord players, winning a very unexpected and unlikely solo victory. Good
times, to be sure. 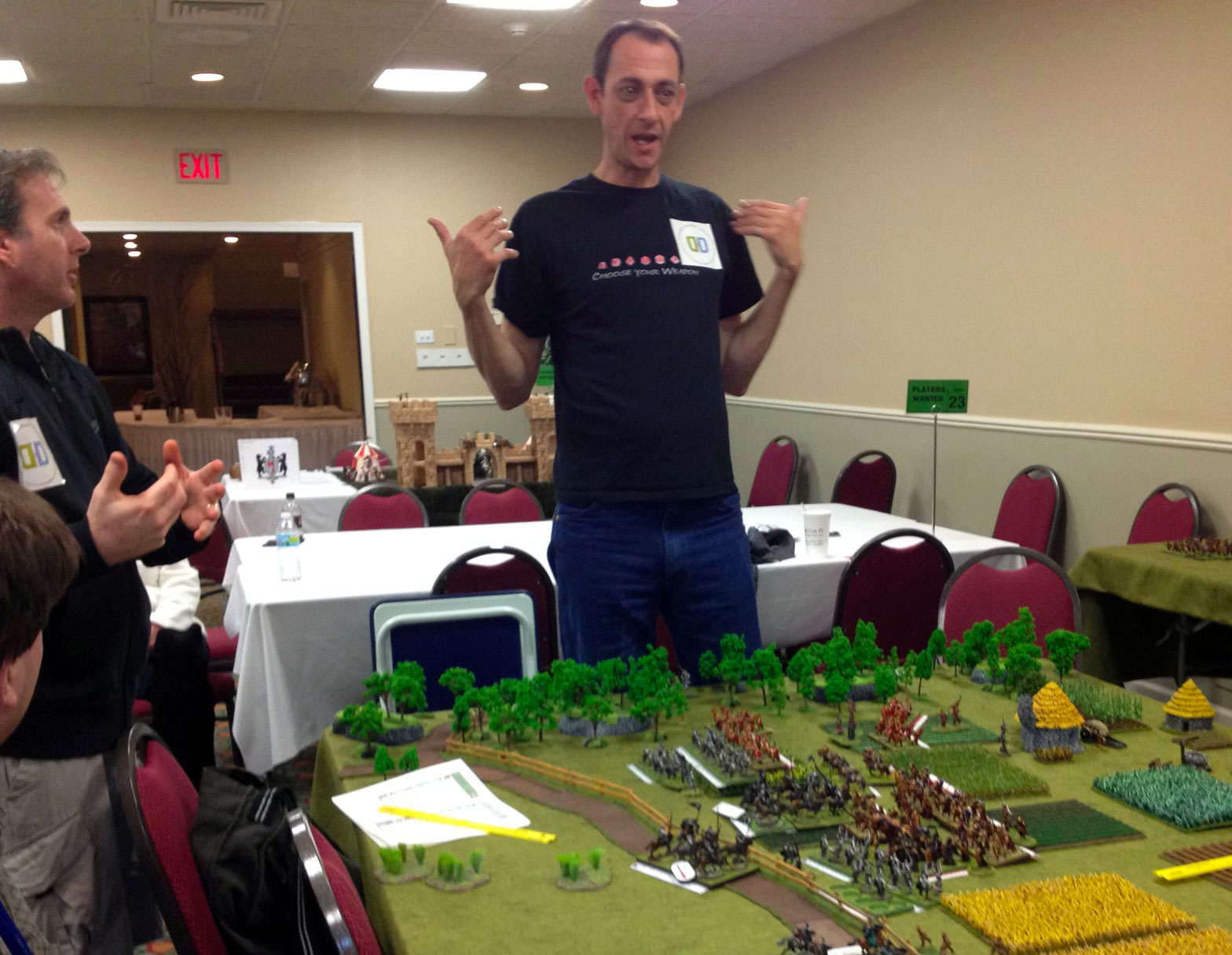 Brian continued playing in our weekly D&D game up until almost the very end. He is and will always be terribly missed, and the many tributes he has received from fellow gamers since his passing are a testament to the power of gaming and to his own personality—he was someone you wanted at your table. They say that long-time gaming groups become like a family. Already family, our lifetime of mutual gaming kept us far closer than we might have otherwise been. My virtual gaming table will never be the same without him though, of course, I would not change a single thing. Rest in Peace, brother. Can't wait
to see you at the next table.